What Makes the Galapagos Islands SO GREAT. 4 Reasons 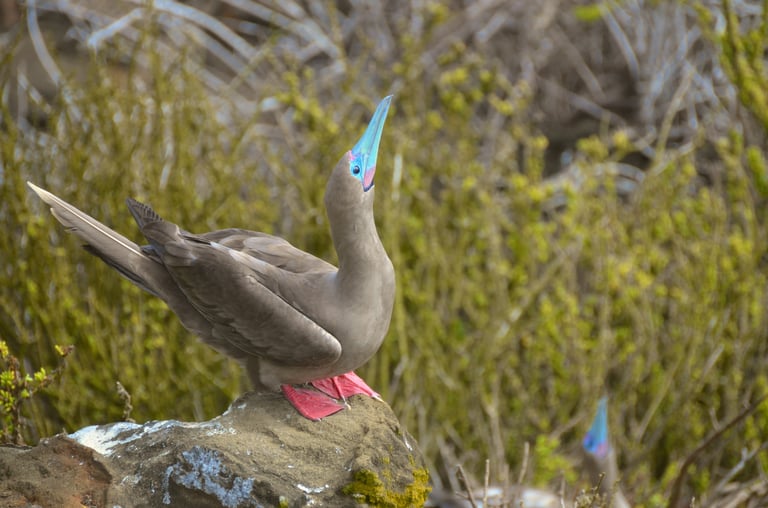 The Galapagos are made up of 21 islands, 18 of them major. There are also 107 islets and rocks that are beautiful for people cruising the waters.

Each island has an incredible landscape and story. People will learn that Floreana has the most interesting human history while San Cristobal has the largest freshwater lake. Other fascinating facts include:

The landscapes alone are awarded as a reason to visit the archipelago. However, the best way to learn more about the Galapagos and experience it is to go!

A majority of the species found in the Galapagos are endemic, which means they adapt to the changing environment. They evolve and change. As a result, there are species here that you can't find anywhere else in the world.

Some of these incredible species include:

Reason #3: A Living Laboratory of Evolution

The islands were all formed within the last 5 million years. Consequently, this means the environment has altered considerably from the mainland where many of the species arrived from. If animals didn't adapt to the new environment, then they didn't survive – which means evolution in the Galapagos is faster than any other place in the world.

As you may know, Charles Darwin famously created the Theory of Evolution, something scientists still study today. If you’ve never asked the question as to why the Galapagos Islands are so important regarding evolution, you should.

The quick answer is, when Charles Darwin visited and studied the Galapagos, he found a clear pattern that each island hosted similar creatures, but those creatures had adapted perfectly to their environment. The studies Darwin performed in the Galapagos Islands led to his famous book, The Origin of the Species.

Although the Galapagos Islands are by the equator, it's home to a large multitude of marine and underwater life. This is because of the unique Humboldt Current that passes through the Galapagos and brings plankton that thrives in cold water. This provides food for larger animals.

The sights you'll see below the surface are awe-inspiring, and can arguably make your entire experience to the Galapagos. We highly recommend snorkeling or even diving to get up close and personal to the tortoises, manta rays, sharks, and colorful fish.

When you pause and consider it, there are endless reasons to visit the Galapagos Islands, and many of those reasons make the Galapagos a great travel destination. Adventure, mystique, entertainment, beauty and more all exist in the Galapagos. It’s a place that appeals to many, but in particular, those who love nature and unspoiled places. It’s a destination worth cruising—and one that will give you innumerable memories for a lifetime.

Stay in Touch and Up-to-Date

The Trip of a Lifetime Awaits...